The best video games of 2021 and the most anticipated releases 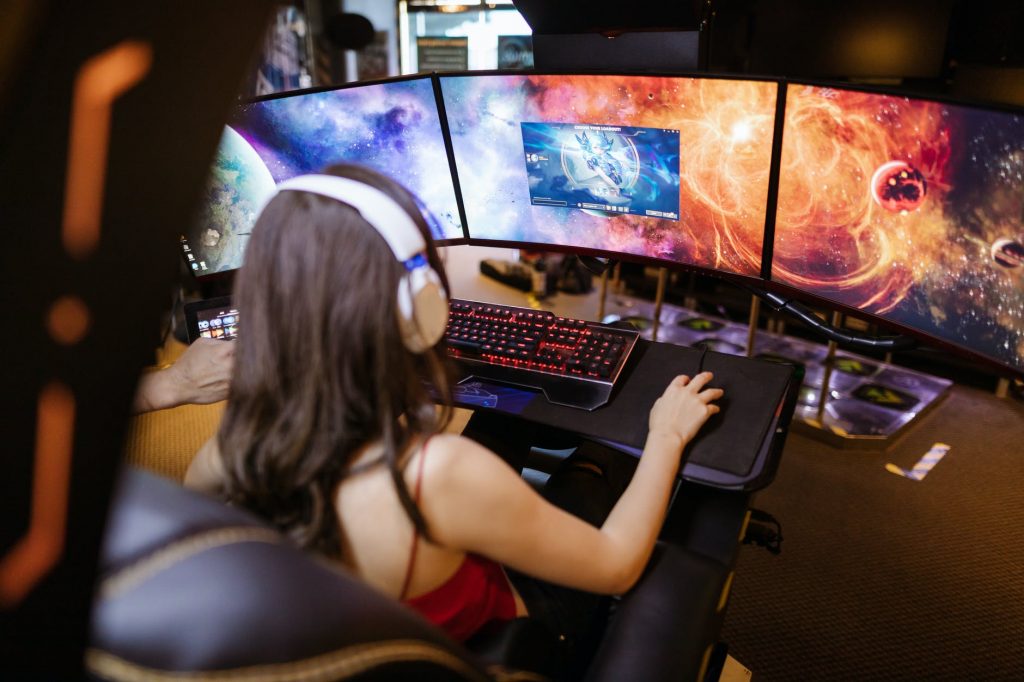 Are you constantly asking yourself, “What video game should I get next?”

We’re here to help. Save yourself hours of indecision and endless searching through marketplaces like Steam. On this page, you’ll find the hottest and best loved video games among this year’s releases as well as the most anticipated games to come!

This year has seen a plethora of fantastic video game releases. We’ve been introduced to epic new entries from the most beloved classic game franchises as well as newcomers that debuted with a splash.

So we can imagine how hard it is to decide which one to get your hands on first. And with the fall game release season coming in hot, you want to make sure you spend your hard-earned money on something you’ll really love.

That’s why we’ve carefully curated a list of the best video games of 2021 to help you out. Check out our top picks for the absolute worth-your-money games to buy this year:

The eighth installment of the iconic horror survival game doesn’t disappoint. So if you’re looking for an immersive first-person survival game, this one’s for you.

Resident Evil Village comes with ultra-realistic graphics powered by the RE engine, transporting you to its dark virtual world. This game is set years after the events of Resident Evil biohazard. You’ll be playing as Ethan Winters searching for his kidnapped daughter, as he fights off mutant creatures in a horrific village filled with danger at every corner.

Interested in this license? We have an in-stock collection of trendy and fan-focused clothing and accessories inspired by Resident Evil Village. Send us a message here to create a company account and start ordering the best gaming merchandise for your stores.

Rise up and challenge your destiny. 🌖#TalesofArise is now available on PlayStation, Xbox and PC. pic.twitter.com/pqz06Mfp1e

We just got our hands on Tales of Arise, released last September 10, having been delayed since 2020. However, the wait has been worth it for many fans of the long-running Tales series. This JRPG game is the seventeenth installment but that doesn’t mean we’re going to see a lot of the same Tales gameplay. While staying true to its classic themes, you’ll be introduced to a new cast of characters and exciting combat modes on the epic planet of Dahna.

This edition is fully voiced and complete with a reworked menu map as well as a more political undertone. For newcomers, this game lets you take the role of a detective on a mission. Part police procedural, political, and psychodrama, it’s like being in a gritty detective drama.

Gaming has never been this cute and fun. For those who like to have a little bit of wit and humor in their gameplay, Psychonauts 2 is definitely a solid choice. The 3D puzzle platformer mixes cinematic story play, intrigue, and espionage, designed for the exploration and collectible loving gamers.

While not technically a new game release, this edition by Blizzard was a welcome surprise for hardcore arcade fans. To celebrate their 30th anniversary, we’ve been gifted a recharged pack of three of our absolute favorite console games ever – The Lost Vikings, Blackthorne, and Rock N Roll Racing.

Available on all modern consoles, this is definitely a must-have for your gaming collection!

Difuzed has the license for Blizzard. Check out our in-stock items for this brand here. We can also create an exclusive collection especially for your stores. From concept, design, right down to shipping, we’ll handle everything for you. Contact us here to explore a collaboration! 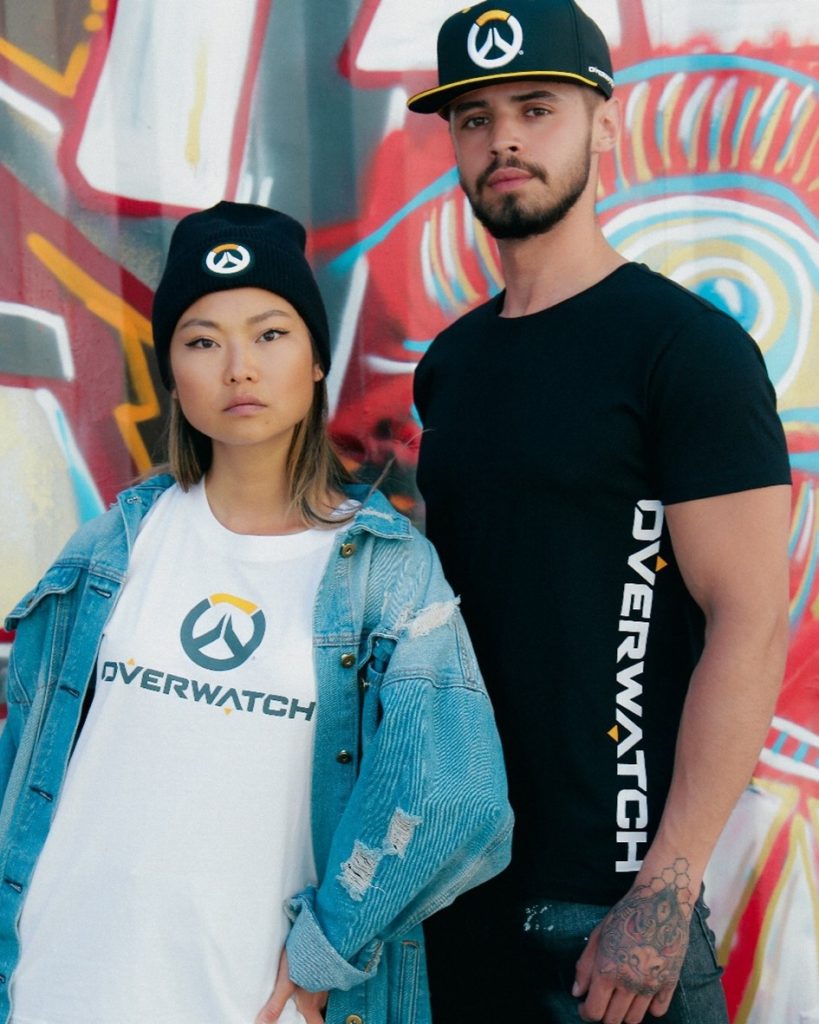 Hazelight has yet again served us with an immersive and emotional game this year. Like its predecessor, It Takes Two is a co-op game, requiring two players either playing online or through a split screen using a console.

This genre-bending action adventure game will require you to play a hopscotch scenario with different kinds of gameplay throughout its story-building. Play it with a close friend – you’ll definitely need to be in sync with your co-player to succeed in this game!

Of course, this list wouldn’t be complete without an indie entry. Wildermyth is a joyful, story-packed game that will give you some of the best tabletop roleplaying experiences the newest RPG releases haven’t been able to deliver in a while.

In this game, you’ll get to choose your own hero and witness their development throughout the game. If you like playing a character-driven video game, this will feel like you’re starting your own story and seeing it to the end.

Since Deathloop has just been released, we can only give you a first impression. But we can already say: this game is epic! Arkane Lyon welcomes us to the rough, lawless island of Blackreef. You will be following two rivaling assassins, hunting down dangerous targets with the same mission: end the cycle once and for all.

And the best part: the gameplay gives you a lot of autonomy to approach each scenario any way you like.

Exciting news for you and your gaming customers! We’ve got a cool collection of premium clothing and accessories featuring art inspired by Deathloop. And they’re in stock! Click here to view the entire collection and start ordering now!

Most anticipated game releases of 2021

Now it’s time to shine the spotlight on the upcoming games we’re simply trembling in excitement for! It may well be over the second half of 2021, but there are still plenty of big gaming release set for the next few months.

We’ve handpicked those worthy of your attention. Here are some of the most anticipated video games of 2021:

Will be available on: PC, PlayStation, Xbox, Amazon Luna, Stadia

Giancarlo Esposito plays his most terrifying villain yet – Antón Castillo in #FarCry6. Do you have what it takes to bring him down? Pre-order your copy now and get ready to play on 10/7!

Far Cry is best known for its expansive open world game play. But recently, the widely acclaimed first-person shooter game series has been experimenting with some heavier story lines. And Far Cry 6 is perhaps the richest installment yet when it comes to deep storytelling.

The game is set in the virtual Caribbean country of Yara, with its luscious jungles as well as its chaotic capital city. There is of course, complete in Far Cry fashion, a new formidable villain in the form of Anton Castillo, who is grooming his young son to become the copycat of his tyrant self.

It is your mission as Dani Rojas – who can be played as a male or female character – to end this oppressive tyranny and free Yara once and for all.

Make sure you stock up on Far Cry 6 items ahead of the game release as its sure to be another fan favorite! We’ve got an explosive collection of Far Cry 6 inspired clothing and accessories, which is already racking up some sizable pre-orders. Don’t wait up! Pre-order the collection here now!

Will be available on: PC, PlayStation, Xbox

Everybody knows Batman and his mission to protect Gotham from evil. However, we don’t really get to see his sidekicks in the limelight. Which is exactly why Gotham Knights is exciting Batman fans all over the world.

This game is set to be a fresh take – exploring Gotham from the eyes of different characters. In this open-world RPG, Batman’s supporting cast will be supporting no more. Follow Robin, Bat Girl, Nightwing, and Red Hood who must all work together to protect Gotham in the absence of Batman.

We have a collection of trendy and unique clothing and accessories for Batman-loving men and women. Check them out here to make sure you have these items in stock ahead of the game release!

Will be available on: PC, PlayStation, Xbox

Yes! Another Battlefield installment to fill up our gaming collection! Battlefield 2042 is unique among all the recent Battlefield entries: it will be solely a multiplayer campaign.

We’re bound to see a futuristic virtual world complete with cool weapons and gadgets. So mark your calendars! This will surely be a favorite game among your friends group.

Will be available on: PlayStation

This action RPG is perfect for gamers who love playing in a post-apocalyptic setting. You’ll be controlling Aloy, a formidable huntress in a world filled with dangerous machine predators. It is said to boast a larger-than-ever map and it is up to you to find treasures and explore the ruins of the old world.

Want to stock up on some premium Horizon Forbidden West merchandise ahead of the game release next year? We’ve got you covered! View the complete collection here. Contact anyone from our sales team to get started on your pre-orders.

Will be available on: PC, Xbox

This is a video game many have been waiting for after a year of delayed launch. The sixth main entry of the Halo series is one of the highly anticipated games of 2021 for a variety of reasons. First, unlike its predecessors, its multiplayer portion will be free-to-play. And second, it will be the most expansive installment ever.

Master Chief will allegedly be returning to Halo Infinite, this time with a more prominent spotlight and  a promising new storyline to save humanity.

Did you like this article? Then show your support by following us on our social media handles below! And don’t forget to check back for some more insightful updates on gaming, licensing, entertainment, and more!

If you’re a retailer or distributer, check out our expansive catalog of officially licensed clothing and accessories. We’ve got the best products out there, with a trendier and fan-focused take on the best brands in the world. Send us a message now to start a collaboration!