Best movies of 2021 (so far) and the most anticipated releases 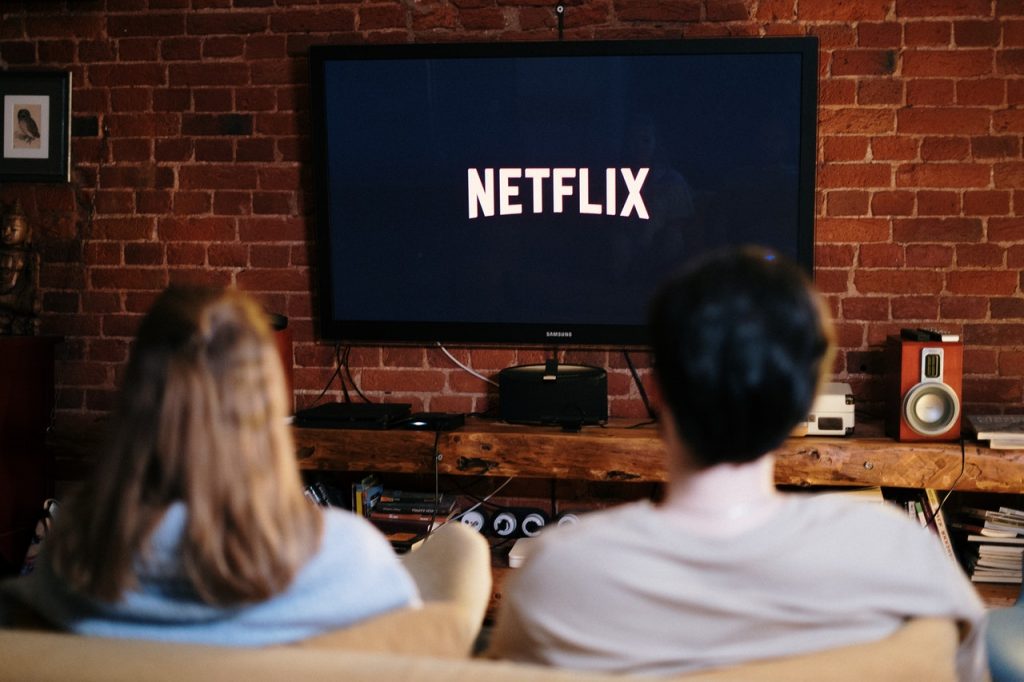 Looking for the best movies from the 2021 roster? You’ve come to the right place!

The pandemic may have slowed down the movie industry last year, but things have more than picked up in pace this year, with box office toppers and academy-award-worthy films popping up left and right.

Movies like Shang-Chi, Godzilla vs. Kong and Black Widow have proven that people still love going to theatres, while stellar films like Judas and the Black Messiah and Nomadland are proof that the movie industry can produce pure art even in the most turbulent times.

In this article, we’ve curated a list of the best movies of 2021 (so far) as well as the most anticipated films to come before the year ends. Grab a pen and paper and take your picks, you’re in for one wild, entertaining ride!

Why we love it: Horror movies often get the worst ratings on sites like Rotten Tomatoes, but Werewolves Within is one of the exceptions this 2021. There’s a lot to love in this American-Horror film. Mainly because it’s the kind of scary that doesn’t take itself seriously, coupled with clever filmmaking and brilliant comedic timing. It’s based on a 2016 video game and is directed by Scare Me director Josh Ruben.

Where to watch it: VOD stores like Amazon Prime and Google Play

Why we love it: It seems like Netflix movies have set their standards high yet again. Last year, the streaming giant took home 7 Oscars and 21 Emmy’s. And it’s not hard to imagine why, as it seemingly spits out spectacular films left and right. This year, we have I Care A Lot, a black comedy thriller film starring Rosamund Pike. Its beauty comes in its arresting and infuriating scenes, which wreaks havoc in its viewer’s emotions. It’s an emotionally exhausting movie, which is sort of terrible but in a good way!

Where to watch it: Netflix

Why we love it: We’ll include another horror film just for you horror freaks. Halloween Kills was just the perfect movie this Halloween. With talented actors like Jamie Lee Curtis and Anthony Michael Hall, however, we’re sure this isn’t your cut-and-dry horror flick. And just because Halloween is over doesn’t mean you can’t enjoy this one!

Where to watch it: Theatres, Peacock

12. Raya and the Last Dragon

Why we love it: Disney’s first release of 2021 comes in the form of this delightful animated movie which has accurately captured Southeast Asian cultures, complete with a heroic mission, a funny dragon, and a mystical object. After its Disney+ premium access run, the film quickly became the second most-viewed title among streaming platforms.

Why we love it: We’re always excited for new movie sequels, especially when they’re as iconic as the Ghostbusters films. Ghostbusters: Afterlife takes place 30 after the events of Ghostbusters and Ghostbusters II. You’ll be seeing a lot of delightful familiar faces as well as new characters you’ll learn to love.

Why we love it: Okay. So this isn’t “technically” a 2021 release. But it counts because it just managed to pick up some well-deserved noise this year when Amazon Prime picked it up. Writer/director Rose Glass debuts with this spine-tingling religious horror film about a nun whose sudden obsession to save a dying patient becomes deadly and sinister.

Where to watch it: Amazon Prime, Hulu, Epix

Why we love it: A Korean-American family uproots their lives to move to a mostly-white Arkansas neighborhood. This film is moving at its core and will leave you reminded of what truly makes a home.  The Walking Dead star Steven Yuen plays ambitious patriarch Jacob Yi in this stunningly-made drama.

8. The Mitchells vs. The Machines

Why we love it: If we can pick one wholesome, complete package movie for the family this year, it’s The Mitchells vs. The Machines. Sony Animation Pictures brings us along a family road trip that gets interrupted by invading killer robots set on taking Earth. The best part? It’s available on Netflix. So add this to your family movie night list now!

Where to watch it: Netflix

Why we love it: Just when you think you’ve seen it all, Free Guy comes up with one of the cleverest concepts the movie industry has made in ages. Ryan Reynolds brings his playfulness into the role of Guy, a non-descript NPC living in a virtual game. He one day becomes aware of his existence, eventually upsetting the mechanics of everything and suddenly becoming the hero of the story. This is the perfect movie for those who just want to be entertained without having any thought process – in a good way.

Why we love it: Talk about a jam-packed A-list cast. The Eternals, much like Shang-Chi, offers a new, unexplored storyline in the Marvel Universe. For long-running fans of the Marvel movies, there will surely be some surprising references and ties to the other familiar characters, and we’re all for it!

Timeless and powerful. We’ve created an exclusive new collection just in time for the Eternals’ movie release. Capturing the Eternals’ glamour and mystery in premium materials, thoughtful details, and intricate graphic artwork, this collection will surely speak to any Marvel fan. Click here to view the complete collection!

Why we love it: Natasha Romanoff’s origin story is a long time coming. It’s hard to believe we had to wait this long, and that there wouldn’t be any more. Nevertheless, this MCU addition has a different palette than the rest, with its endearing scenes and all-female awe-inspiring action sequences. It’s girl power at its best. 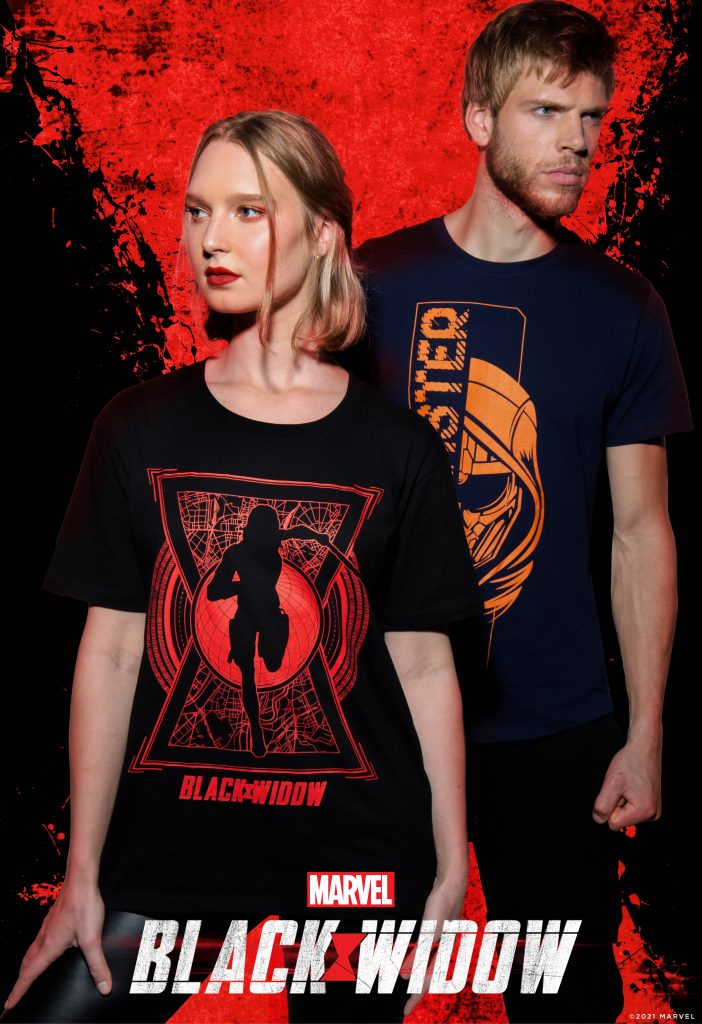 We’ve created a collection for all Black Widow fans out there. From graphic shirts featuring Black Widow classic colors to paneled hoodies, we’ve got something cool for both men and women. Check out our sleek collection of Black Widow apparel and accessories here.

Why we love it: Nomadland is a searing tale of courage, not the kind that is spurred on by a sense of nobility or a desire to prove oneself. No, it’s about being courageous because of necessity. It’s melancholic and uncomfortable, but you can not take your eyes off it. Follow a woman in her 60’s, who lost everything in the Great Recession, pack up her life in a van, and slowly redefine her life on her own terms.

Where to watch it: Hulu

Why we love it: This sweeping sci-fi film had a lot to live up to but it was one of those rare instances where its sci-fi obsessed audience are left with more than what they expected. Frank Herbert’s eponymous novel is famously intricate in its world play, and this stunning sci-fi managed to translate it into digestible, awe-inspiring scene palettes.

Where to watch it: HBO Max

2. Shang-Chi and the Legend of Ten Rings

Why we love it: There’s a double-edged sword in the classic Marvel movie formula. While any movie that follows is sure to be a pleaser in its familiar heroic/comedic/golden-egg-dropping way, it gets harder and harder to show anything original. But Shang-Chi is a much-needed refreshing take not only because of its diversity. It’s also the way it opens up a whole new world for Marvel fans to explore.

Difuzed owns the license to create official Marvel clothing and accessories. Our Shang-Chi collection is hip, trendy, and bold enough just like our newest Asian Marvel superhero! Click here to check it out.

Why we love it: No Time to Die marks the last performance of Daniel Craig as agent 007. It may be a bittersweet affair, but this movie contains enough awesomeness, sleekness and jammed pack action sequences that you’ll forget everything else, including the sad fact that it’s Craig’s last Bond movie until the end credits roll.

Where to watch it:  Theatres

What’s to come: 5 Most anticipated movie releases of 2021 and beyond

Have you watched all the movies we listed above already? Don’t fret, there’s still a lot of incoming releases this 2021, and 2022 is just around the corner.

Here are the most anticipated movie releases that are set to come into our screens soon:

What we know so far: Here’s a metal slasher for you crazy folks. Scream will be set 25 years after the last installment of the uber-popular horror franchise movie and follow will follow new mysterious and vicious murders in Woodsboro.

What we know so far: James Cameron’s technically impressive Avatar is getting its long-awaited sequel. The movie is set to continue after the events of Avatar and will follow mainstay characters Jake Sully and Neytiri as they build a family while being forced to leave their home and set off to other unexplored regions of Pandora.

What we know so far: The second film adaption of the iconic Broadway musical comes 64 years after the first one so we’re all excited to see modern filmmaking’s take on this classic romance story. The film sports an A-list cast and will be directed by Steven Spielberg from a screenplay by Tony Kushner.

Where to watch: Theatres

What we know so far: Fans of the iconic The Matrix series are being treated with a Christmas gift this year. A fourth installment is coming, with Keanu Reeves’ Neo and Carrie-Anne Moss’ Trinity making a comeback. A plethora of new characters are set to make an appearance and the film will have a simultaneous release for theatres and HBO Max

Where to watch it: Theatres, HBO Max

What we know so far: This is arguably one of the most anticipated movies of 2021. Tom Holland is back to reprise his role as the friendly neighborhood superhero. But Marvel is very tight-lipped about all the other casting in this movie. However, we’ve all seen the epic trailer. At least one other Avenger is set to make an appearance. But it’s another classic Spider-Man villain’s reappearance that has fans all agog.

It has been a great year for movies so far. Whether you love superhero films or prefer serious, thought-provoking movies, you’ll surely find a new favorite in the entries this year. 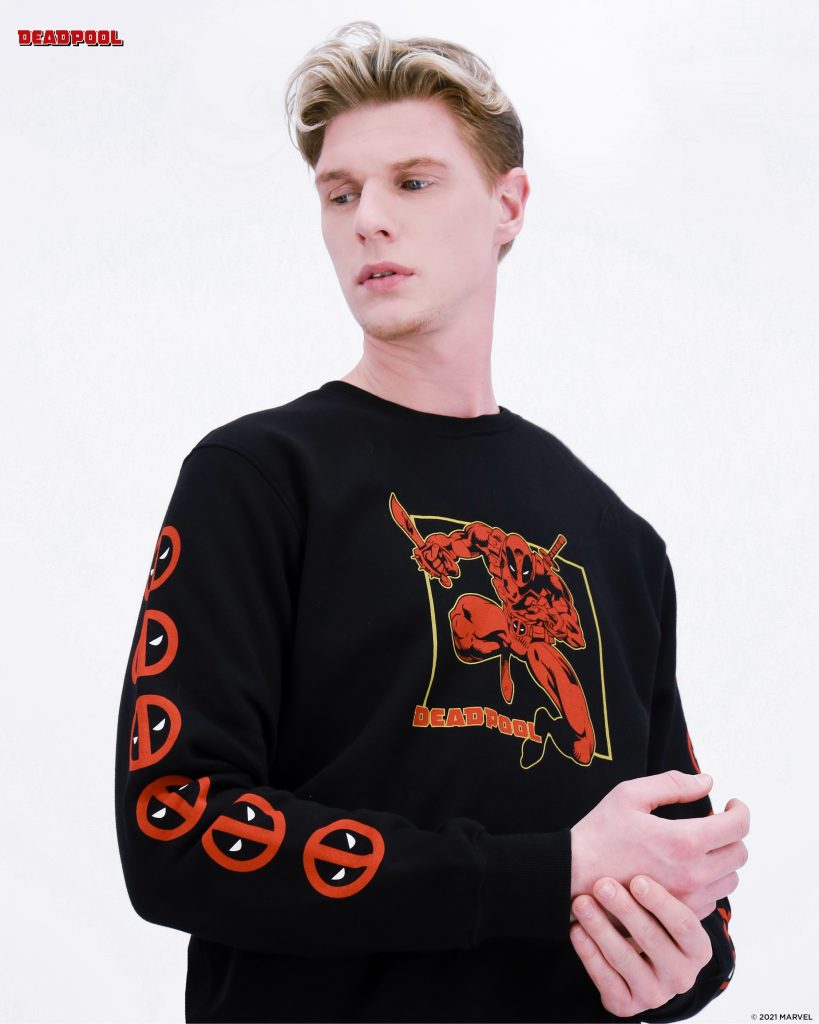 For over the last 20 years, Difuzed has become a global leader in licensed entertainment merchandise. We are now proud to hold licenses for the most iconic entertainment brands in the world. From iconic franchises like Star Wars and Friends to beloved cartoon and animation titles like Space jam and Minions, Difuzed is your one-stop shop for premium-quality and fashionable licensed entertainment apparel and accessories.

Looking for the best games of 2021? Check out our guide here.

In the meantime, don’t forget to subscribe to our newsletter below to stay informed on any of our new exciting drops! We create collections ahead of major movie releases to ensure you’re always one step ahead of your competition!