Build Your Own Viking Legend With ASSASSIN’S CREED® VALHALLA 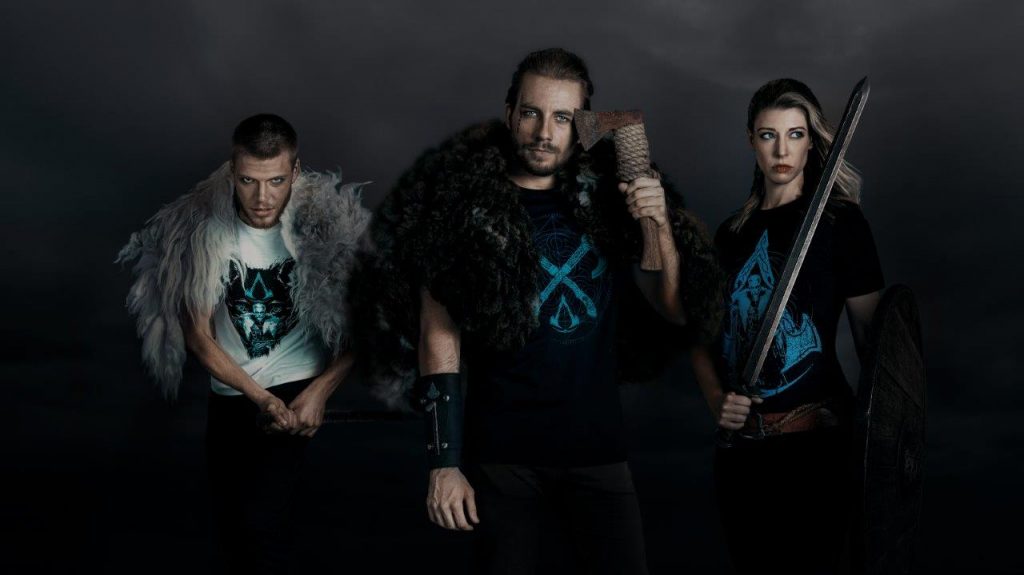 In Assassin’s Creed® Valhalla, you are Eivor, a fierce Viking warrior raised on tales of battle and glory. Driven from Norway by endless wars and dwindling resources, Eivor leads a clan of Norsemen across the icy North Sea to the rich lands of England’s broken kingdoms. Their mission: establish a new permanent home, no matter the cost.

Explore a mysterious and beautiful open world set against the brutal backdrop of England’s Dark Ages. Raid your enemies, grow your settlement, and build your political power in the quest to earn a place among the gods in Valhalla. Wars will rage. Kingdoms will fall. This is the age of the Vikings.

Since it first launched in 2007, the Assassin’s Creed series has sold more than 155 million games worldwide. The franchise is now established as one of the best-selling series in video game history. Recognized for having some of the richest, most engrossing storytelling in the industry, Assassin’s Creed transcends video games, branching out into numerous other entertainment media.

The long-awaited Assassin’s Creed Valhalla game is finally in the market, and since its release on 10th of November it has been breaking records all around the world.

It is the biggest PC launch ever for a Ubisoft game.

Looking at how the collections for Assassin’s Creed have evolved is interesting. Today Difuzed is creating collections that cater to all gamers, not just die-hard fans.  Gaming is for everyone and in this collection, you can find something for all sorts of fans.  This progression and market acceptance of gaming has led Difuzed to create one of the largest collections of products in their history of the franchise, while also offering many exclusive designs to retail clients. The world of ancient warriors were brought to life in a contemporary collection of t-shirts, hoodies, beanies, baseball caps, bags, backpacks, wallets, jewelry and wristbands for men and woman with a wide collection of over 50 items.

We have been going through unusual times. Lots of fun is out of reach due to corona pandemic. That makes video games more important, and what makes gaming more fun than cosplay?

Every player knows the importance of the hidden blade to the Assassin in the game and the wristband in every collection offers a “hidden secret” which turns a simple product into an iconic cosplay item. This sort of layered creativity from Difuzed, makes these accessories a best seller for the fans!

The Difuzed Valhalla collection has been in all leading e-commerce platforms, fast-fashion retailers, gaming specialists, and grocery stores throughout Europe.