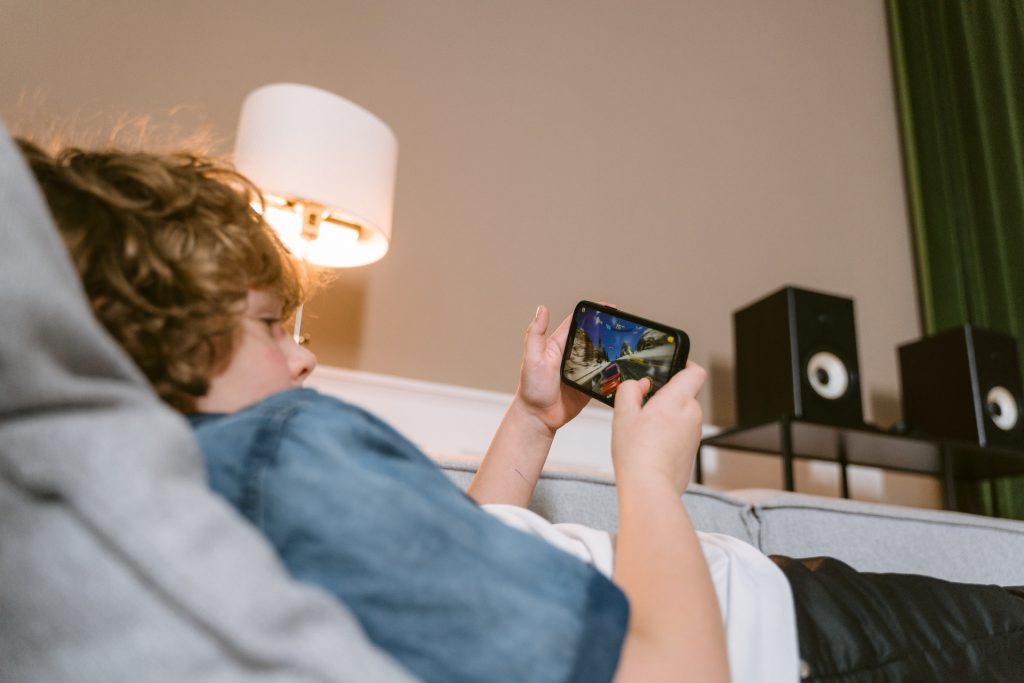 The link between video games and aggression in children is a widely debated topic. Many scientists believe that games like Grand Theft Auto or Call of Duty desensitize chronic players to violence. And for many years, dozens of psychological studies have supported the argument.

As parents, you have very legitimate concerns. After all, you don’t want to expose your child to violence as much as possible. On the other hand, gaming is such a popular activity, that you can’t completely prevent them from it.

Perhaps this may assuage your fears. More recent studies are suggesting that violent video games are not as harmful as you think. Experts are now questioning the validity of these older studies, and have now begun to recognize the more positive sides of gaming.

In this article, we’re going to see exactly what science has to say.

Video games and children: The facts

First, let’s examine the facts about gaming and children.

There’s no denying that the gaming and esports industry is massive. According to statistics, 2.86 billion people around the world play video games. In the United States alone, 21% of video gamers are under 18. In fact, boys between 8 to 18 years old spend an average of 2 hours and 17 minutes playing video games daily.

What’s interesting is that more than half of all games rated by the Entertainment Software Rating Board (ESRB) contains violence, including those rated as appropriate for children.

So it’s no wonder why parents around the world question whether video games are good for their children or not. But are these concerns completely valid?

One of the most highly-publicized and perhaps, fear-mongering reports on this topic is the 2015 review conducted by the American Psychological Association. After reviewing research literature published between 2005 and 2013 focused on violent video game use, they issued a statement about its effects on aggression in children.

According to the APA task force,

“The research demonstrates a consistent relation between violent video game use and increases in aggressive behavior, aggressive cognitions and aggressive affect, and decreases in prosocial behavior, empathy and sensitivity to aggression.”

However, even then, the APA task chair, Mark Appelbaum alluded to taking this with a grain of salt saying:

Now 6 years later, a recent reanalysis published in the journal Perspectives on Psychological Science, seems to debunk those findings. There is simply not enough concrete evidence suggesting that violent video games can make children aggressive. And it’s also not fair to dismiss the positive effects they have for children’s cognitive and social development.

“Studies that are well designed, such as those using standardized and well-validated aggression measures, almost never find evidence for negative, violent effects. Our new meta-analysis also illustrates the need to focus on well-designed studies when researching the impact of violent media.”

“Games are now more important than ever for socialization, feeling autonomy and control during an uncertain time, and just de-stressing.”

Although science has been trying to find a correlation between aggression and violent video games for decades now, there is still not enough conclusive data to definitely say what’s what. It’s incredibly important, however to educate ourselves and be mindful of how much we let our kids be exposed to games with violent themes.

So let’s explore both the good and the bad now.

Video games: The good vs. the bad. 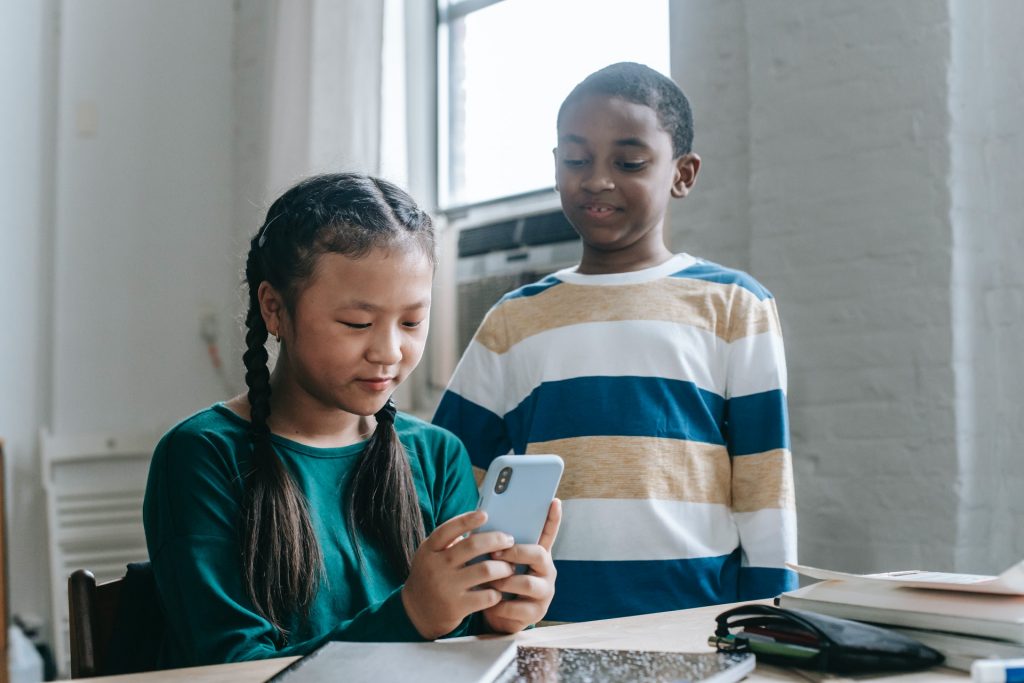 On the other hand, this might result in too much stimulation. Especially when children play for hours on end each day.

2. Good: A sense of belongingness vs. Bad: It’s a coping mechanism

The effects of video games on a child’s social development is also a hot debate topic. There are definitely two sides to the coin.

According to a collaborative study between the Norwegian University of Science and Technology, NTNU Social Research, University of California Davis and St. Olav’s Hospital in Norway, it’s both good and bad.

Kids don’t isolate themselves because of video games. They are driven to social isolation either by bullying or problems at home. Rather, it’s in gaming that they find a sense of belongingness. It becomes their way of coping, which can often result in a decreased desire to socialize.

Ever wonder why kids particularly love open-world games like Minecraft? It’s because it gives them a breadth of creative freedom.

“It’s not just that Minecraft can help induce creativity. There seems to be something about choosing to do it that also matters.”

However, games like these are often addictive. A lot of kids end up spending their free time in front of a computer playing. Without parental guidance, your child may develop poor sleep hygiene and a generally less active lifestyle. 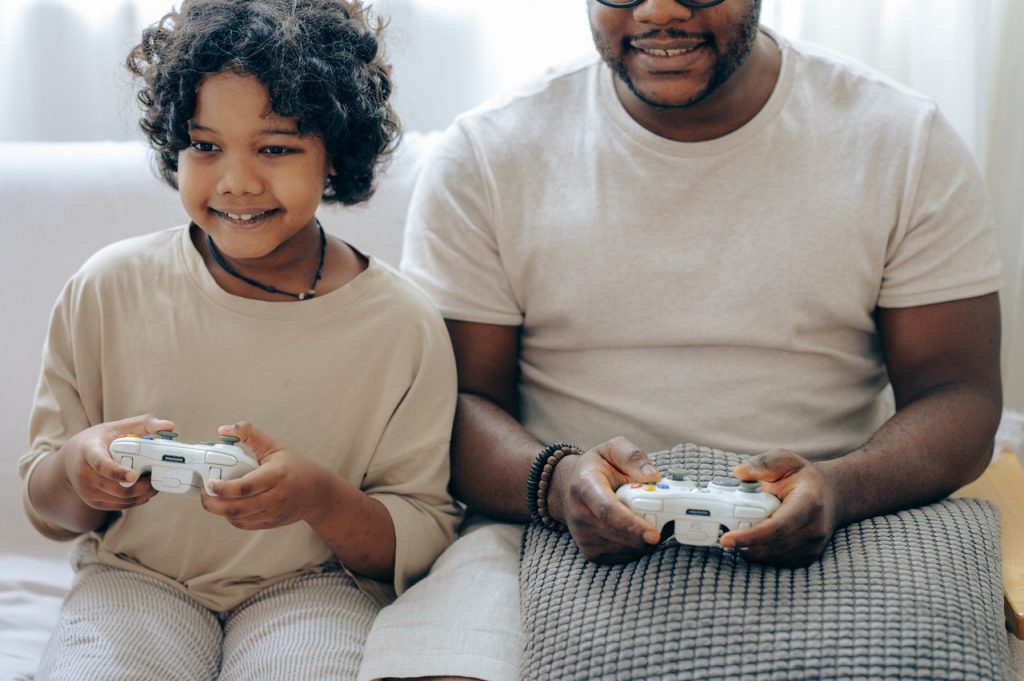 At Difuzed, we live and breathe anything related to the gaming world. We’re avid gamers ourselves. But more than that, we’re parents, older sisters or brothers, uncles or aunts. We care about children and their welfare.

We believe children should have the freedom to explore, be creative, go outside of their shells, and always be inspired to be whoever they want to be. That being said, too much of something is always a bad thing.

If you’re concerned that your child is spending too much time playing video games. Or that they’re more inclined to the more violent variety, your concern is legitimate. As a parent, the best thing you can do is to establish clear boundaries. But it’s equally important to let them freely choose what kind of entertainment and media appeals to them the most.

Why not compromise and do both?

According to a study conducted by Oxford University, kids who play video games for an hour or less per day tend to be more social and satisfied with life than children who don’t play any video games at all.

Looking for adorable, high-quality clothes and accessories for your little gamer?

Check out our expansive catalogue of licensed kids merchandise from the biggest brands in gaming and entertainment. From Super Mario, Nintendo, to Pokémon we’ve got ’em all.

Difuzed partners with more than 200 brands to create the highest-quality and most innovative licensed merchandise out there. We create fun, fashionable, and high-quality apparel and accessories designed to appeal to every gaming fan out there.

Follow us on our social media channels below to get the latest insights and scoop in entertainment, gaming, and licensing!